Diversity is what you have.

Inclusion is what you do.

Inclusion is the deliberate act of welcoming diversity and creating an environment where all different kinds of people can thrive and succeed.

Bias is the prejudice in favor of or against one thing, person, or group compared with another, usually in a way considered to be unfair.

It is education that is based on the principles of acceptance and inclusion of all students.

When all students see themselves reflected in their curriculum, their physical surroundings, and the broader environment; when diversity is honoured; and when all individuals feel respected; then inclusive education has been achieved. 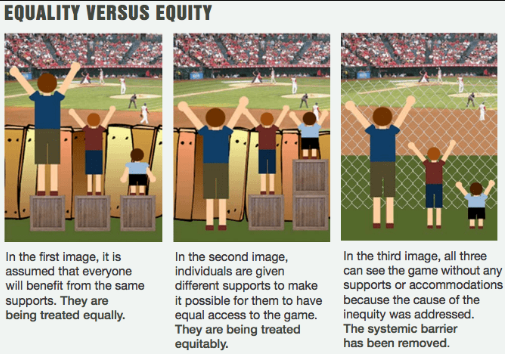